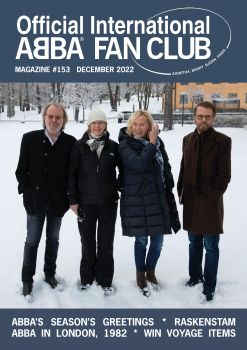 Magazine 153 is published on the 2nd December

This issue features reports on both the Fan Club's recent gathering in Roosendaal and the wonderful Webinar held in late November with Voyage director, Baillie Walsh and the show's producers Svana Gisla and Ludvig Andersson. Valerie Holiday, a long-term member of The Three Degrees, talks to us about her love of ABBA and her time in the music world, while we look back to 1982 when ABBA made their final 'pre-Voyage' recordings and TV appearances, with Agnetha also branching out into acting in the Swedish film Raskenstam.
Here are the links which are mentioned in the news section and at other places in the magazine. 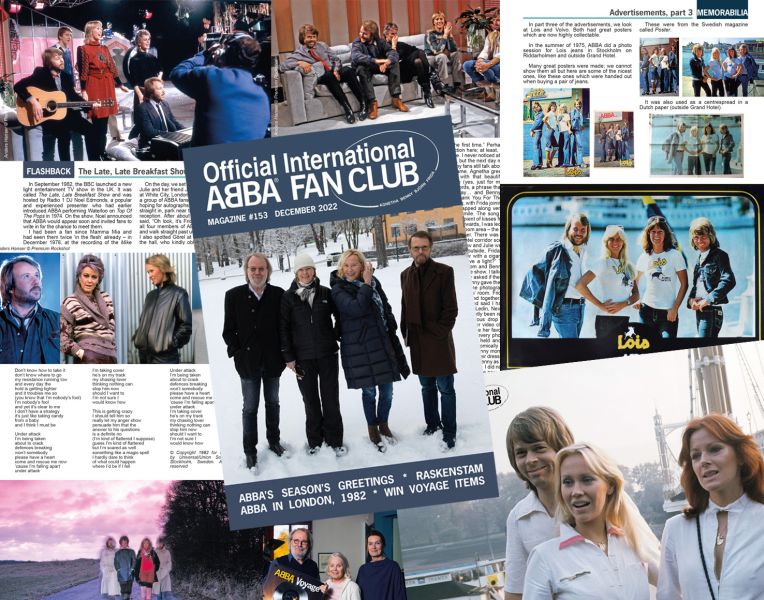