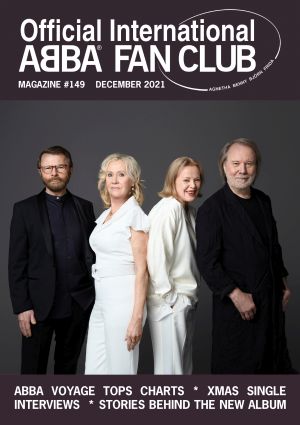 Magazine 149 is published on the 1st December

This issue continues to celebrate ABBA's return with details of the wonderful new album Voyage, including a report on the Webinar event we held to mark its launch. We look forward to ABBA's new Christmas single, Little Things, whilst also looking back at the four members' first vinyl releases during the '60s. We reflect upon 1981, the year that ABBA's previous studio album, The Visitors, was released, while Calle Åstrand, the man behind The Last Video, tells us what it was like to work on the project that introduced us to those cute ABBA dolls. The usual colour poster and competition features are included – and we conclude our celebration of the Fan Club's 35th anniversary with a look at our meetings with Björn who, like the other ABBA members, has kindly given us a personal message.
Here are the links which are mentioned in the news section and at other places in the magazine. 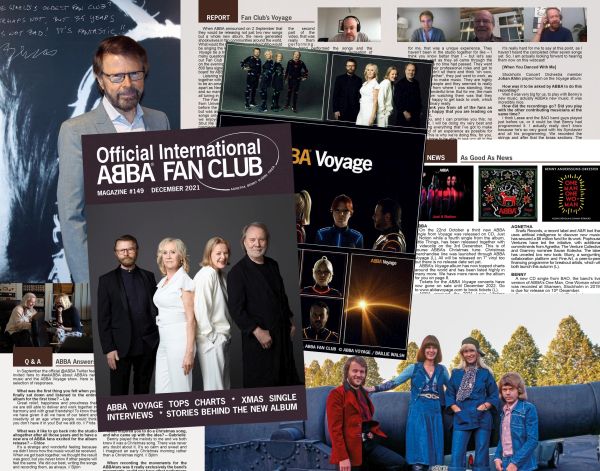