Björn formed the band The West Bay Singers in 1962 together with some school mates. In 1963, they entered a talent contest where they were spotted by Stig "Stikkan" Andersson, who had just formed his record company Polar Music and was looking for talent. He changed their name to The Hootenanny Singers (or The Northern Lights for some international releases) and they began to have quick and lasting success with their first self-titled album in 1964.

Björn entered and quit university during these years and began to write his first songs for the group.

In 1966, he met Benny at a party and they soon decided to write a song together, which became Isn't It Easy To Say, recorded by Benny's group The Hep Stars. Björn later joined The Hep Stars as a stand-in guitar player.

As the 1960s progressed, Björn worked more and more with Benny to write songs for their respective groups and for other artists, for which they formed with Stig their own publishing company, Union Songs. In 1970, he and Benny released the album Lycka on which they sang a number of their compositions in the hope other artists would decide to record them. This album featured Hej Gamle Man, the very first track to feature all future members of ABBA because Frida and Agnetha provided the backing vocals.

In 1971, Björn convinced Stig to hire both him and Benny as the staff producers for Polar Music.

In 1983, Björn and Benny began work writing songs that would be included in their musical collaboration with Tim Rice, Chess. A studio album of the show was first released in 1984, resulting in the singles Nobody's Side (Elaine Paige), The Arbiter (Björn Skifs), I Know Him So Well (Elaine Paige and Barbara Dickson, #1 hit in the UK), and One Night In Bangkok (Murray Head, #3 in the US). The stage version of Chess first opened in London in May 1986, where it ran for three years. The considerably reworked Broadway version opened in April 1988 but closed after only two months. A Broadway cast recording produced by Benny was still undertaken and released. Chess has enjoyed continued popularity with productions undertaken all over the world, each attempting to meld the best of the UK and US shows. During the 1990s, Chess in Concert was performed in Sweden with a recording produced by Benny released. Additional English studio cast recordings were released of two Danish productions in 2001 and 2012. Chess På Svenska ran to great acclaim in Stockholm in 2002-2003 with a Swedish translation by Björn and others. It starred Helen Sjöholm, Tommy Körberg, Anders Ekborg and Josefin Nilsson, and a cast album produced by Benny was released featuring several new songs. In 2008, Tim Rice staged his “definitive” version at Royal Albert Hall starring Idina Menzel and Josh Groban (available on DVD & CD).

In 1985, Björn and Benny produced and mostly wrote an album for Gemini, consisting of brother and sister duo Anders and Karin Glenmark. One of the songs was Just Like That, recorded by ABBA in 1982 but not released. A second album, Geminism was released in 1987, from which the most well-known song was Mio min Mio, which formed part of the soundtrack to the film of the same name.

In 1987, Björn provided the lyrics and some music to several tracks on Benny's first solo album Klinga Mina Klocker.

In 1989, Björn and Benny wrote three songs for a mini-musical called For Doina Cornea, performed by the World Youth Choir and Tommy Körberg at a concert in Stockholm. Only The Conducator was released, first the live version on the concert album, then a studio version on Benny's second solo album November 1989.

Further Andersson/Ulvæus compositions appeared in this period, including 1990's Upp Till Kamp, recorded for the International Equestrian Championships by Tommy Körberg, and 1991's Beatrice, recorded by Kalle Moreaus of the group Orsa Spelmän, both released as singles.

Benny and Björn returned to pop territory in 1993 with the release of Josefin Nilsson's Shapes, an English language pop album consisting of ten new Andersson/Ulvæus songs. Subsequent Björn and Benny compositions have listed Benny writing the music and Björn writing the lyrics.

Björn and Benny's most ambitious project to date has been the musical Kristina Från Duvemåla which opened to rave reviews in Malmö in October 1995, then moved to Gothenburg and Stockholm until 1999. Starring Helen Sjöholm, Anders Ekborg, Peter Jöback and Åsa Bergh, it was based on the epic Utvandrarna series of books written by Vilhelm Moberg about Swedish emigrants to America in the 1850s. A 3-CD studio recording was released at the end of 1996, producing five singles including Guldet Blev Till Sand (Peter) and Du Måste Finnas (Helen). An English translation was undertaken by Björn and Herbert Kretzmer (Les Misérables), resulting in concert versions at the Carnegie Hall in 2009 (released on CD) and the Royal Albert Hall in 2010. These performances starred Helen with Russell Watson.

Björn was a driving force, and both he and Benny were actively involved in the production of the musical Mamma Mia!, based on ABBA's music with the book written by Catherine Johnson and produced by Judy Craymer. The smash hit musical opened on the 6th April, 1999, in London, broke box office records, and by now is the 5th longest running musical in the West End. Translated into many languages, the musical opened (and is still opening) all over the world.

In 2008, a film version, Mamma Mia! The Movie, was released, starring many big names such as Meryl Streep and Pierce Brosnan. It became a blockbuster around the world and was particularly successful in the UK where it was the No.1 film of 2008. Ten years later, the actors reunited to create Mamma Mia! Here We Go Again which became the most successful live musical film sequel of all time. Björn rewrote the lyrics to I’ve Been Waiting For You and My Love My Life for the film.

In 2016, another project by Björn started to conquer the world: Mamma Mia! The Party is a dinner show with ABBA songs, also set in Greece but with a different story. All four ABBA members appeared on stage at the opening night in Stockholm.

Various Björn and Benny compositions were released over the years, including Barbara Dickson's The Day The Wall Came Tumbling Down (2002) as a download. They also wrote two promotional songs for Benny's Hotel Rival, 2nd Best To None in 2009 and Merry Christmas, My Friend in 2010, both sung by hotel staff. When Sweden's Crown Princess Victoria wed Prince Daniel in 2010, Björn and Benny composed the choral piece Vilar Glad. I Din Famn for the ceremony, which was later released as a single. When Eurovision returned to Sweden in 2013, the show in Malmö featured the anthem We Write The Story by Björn and Benny with Swedish DJ and producer Avicii.

Björn also wrote a lot of lyrics for Benny Anderssons Orkester that has been immensely successful in Sweden with five #1 hit singles.

Björn and Benny also contributed the songs for Kristina Lugn's musical play Hjälp Sökes. A soundtrack was released in 2013, and the show was broadcast on Swedish Television in January 2014.

In 2010, Björn wrote the children's book The Little White Piano and, in 2018, he wrote another book, You Are Who You Meet, which is available exclusively at his recently built hotel Slottsholmen in Västervik.

In 2015, Björn received an Honorary Doctorate from Linnaeus University.

Björn is involved in a number of business projects. He also became president of the International Confederation of Societies of Authors and Composers, CISAC. Since 2016, he has been involved in developing a software and system that ensures songwriters and musicians receive the payments they are due.

Björn is the co-owner of Pop House which includes the Cirkus Theater, Hasselbacken hotel, Pop House hotel and ABBA The Museum. The award winning museum opened in 2013 and is home to a permanent ABBA exhibition that tells the story of the group and its members from the pre-ABBA days to the present day. The museum also displays memorabilia such as stage outfits, instruments, gold records and awards as well as many interactive features.

Björn's current project is the musical Pippi På Cirkus that premieres in Stockholm in 2021. 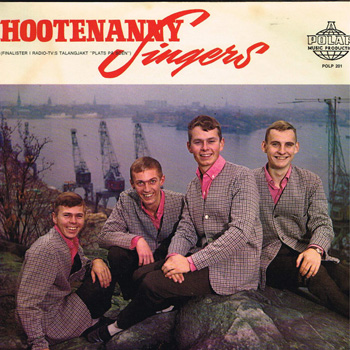 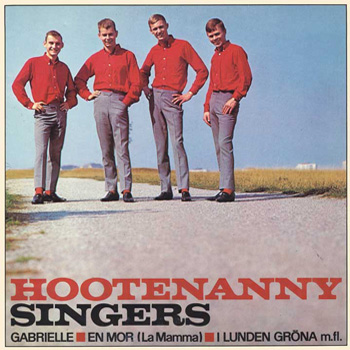 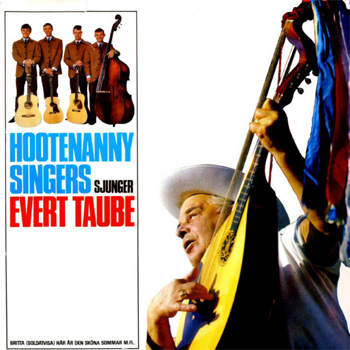 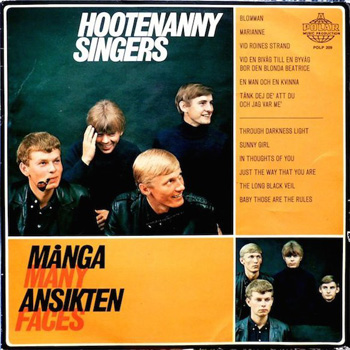 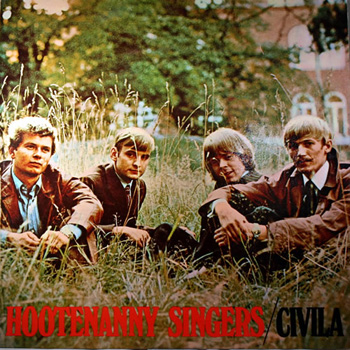 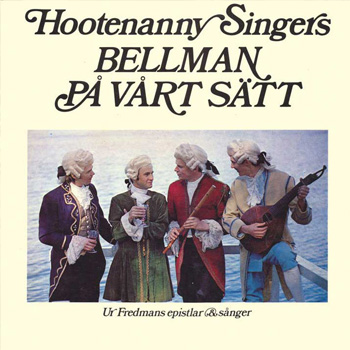 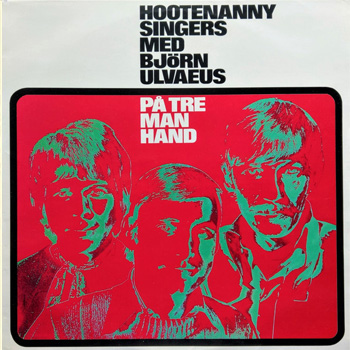 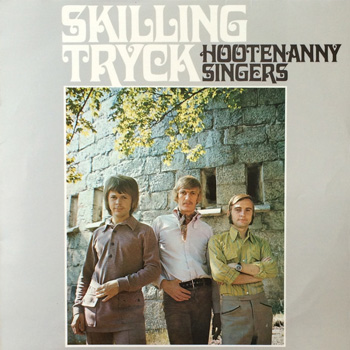 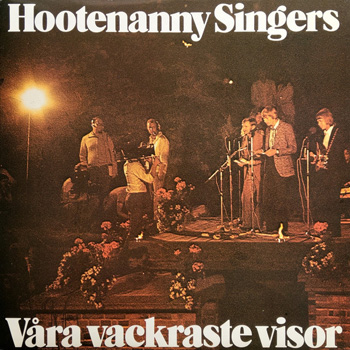 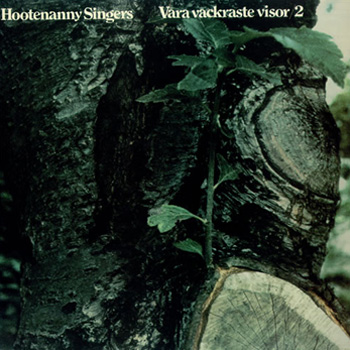 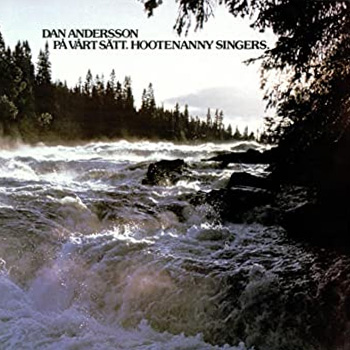 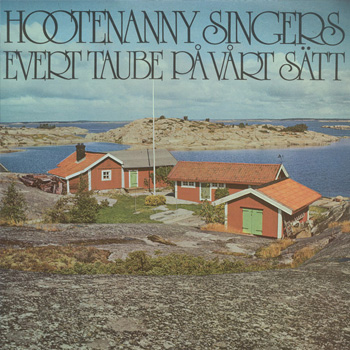