Agnetha started out as a singer in a local dance band in Jönköping, getting the job partly because the band’s singer, a namesake to Agnetha, had just quit, and the band realized that they wouldn't have to reprint the posters if they hired her.

In 1967, she was discovered by the former rock star and talent scout Little Gerhard who had heard her voice on a tape. He produced her first two albums. The 1968 debut album Agnetha went to the top of the sales chart and included the two hit singles Jag Var Så Kär (written by Agnetha) and Allting Har Förändrat Sig. Her second album Agnetha Vol. 2 was released in 1969, with three singles released. During these early years, Agnetha wrote much of the material she recorded, and her style of singing was reminiscent of her great idol, Connie Francis.

Agnetha became engaged to the German producer Dieter Zimmerman, briefly moving to Germany and releasing the first of eight German language singles. Their relationship lasted only a few months, and Agnetha soon abandoned these attempts. In May 1969, Agnetha sang in the tribute TV-shows for Swedish composer Jules Silvain, and met Björn Ulvaeus for the first time. The attraction was mutual and more or less instant, and the wed in July 1971.

In 1970, Agnetha released Som Jag Är with a little help from Björn who, amongst other things, sang a duet with Agnetha on the track Så Här Börjar Kärlek. Om Tårar Vore Guld became a hit single. Her next album, Nar En Vackar Tanke Blir En Sång, was recorded at Metronome Studios and produced by Björn a year later. Benny and Frida can also be heard on Dröm Är Dröm Och Saga Saga.

Agnetha’s next career move was to the stage as Maria Magdalene in the Swedish version of Jesus Christ Superstar in 1972. Björn produced her single of Vart Skall Min Kärlek Föra [I Don't Know How To Love Him] from the show.

Solo work during the ABBA period

In 1975, during ABBA’s heyday, Agnetha took some time out to write songs and produce the concept album Elva Kvinnor I Ett Hus, with Michael B Tretow engineering. Each of the eleven songs tells the story of a woman living in the same building. The album includes Swedish versions of two ABBA tracks: S.O.S. and Disillusion [Mina Ögon], and some of the more memorable tracks are Doktorn and Gulleplutt. The latter had been released in English as Golliwog a year earlier as a B-side to the single Here For Your Love (the English version of Tio Mil Kvar Till Korpilombolo).

In 1982, the single Never Again was released, a duet with Tomas Ledin, Swedish pop star and Stig Anderson's son-in-law. He also performed on ABBA's 1979 tours singing Not Bat At All.

1983 saw Agnetha appearing on the silver screen. She had a leading role in the movie Raskenstam which was very successful in Sweden. She also had an enormous hit in Sweden with the single It's So Nice To Be Rich, which had as its B-side the title song P&B from the film of the same name.

1984 saw Agnetha co-hosting Jönköpingsyra ’84, a television show celebrating the 700th anniversary of her home town. She performed Folj Med I Min Ballong and was reduced to tears by a children’s choir performing her old songs.

Agnetha’s second English-language solo album, Eyes Of A Woman, was released in 1985, produced by Eric Stewart of the group 10cc. The first and biggest single from this album was I Won't Let You Go co-written by Agnetha. The follow-up single was One Way Love (written by Jeff Lynne of ELO). Other highlights included The Angels Cry (written by Justin Hayward of the Moody Blues) and We Move As One (written by John Wetton and Geoffrey Downes of Asia).

In 1986, Agnetha joined Ola Håkansson of the group Secret Service on the tracks The Way You Are and Fly Like The Eagle. These were featured in the documentary It’s Time For Sweden, promoting the city of Falun in its (unsuccessful) bid to host the 1992 Winter Olympics, and released as a single.

1987 saw Agnetha release a children’s album Kom Följ Med I Vår Karusell with her 9 year old son Christian. It was a success in Sweden and featured the single På Söndag. This was a companion album to her Christmas album recorded with her then 7 year old daughter Linda in 1980.

Agnetha’s third and last studio album for 17 years was I Stand Alone, recorded in Los Angeles with Peter Cetera (former lead vocalist of Chicago) producing. Although not an international success, it was the bestselling album of the year in Sweden and included the singles The Last Time, I Wasn't The One (Who Said Goodbye) duet with Peter and Let It Shine. There were extended remixes of all three singles released in some countries and also some Spanish language versions.

In December 1990, Agnetha wed Tomas Sonnenfeld, a Swedish surgeon. The couple lived quietly in a villa outside of Stockholm, but unfortunately the marriage did not last and they divorced in 1993.

In September 1996, Agnetha's autobiography, Som Jag Är, was published simultaneously with the release of My Love My Life, a 2-CD compilation selected by Agnetha of her pre- and post-ABBA solo work as well as her featured ABBA tracks. Danish and English versions were released in 1997. A further compilation CD That's Me was released in 1998, including a mixture of Agnetha's English solo recordings and ABBA lead vocals. It included the previously unreleased English-language demo version of När Du Tar Mig I Din Famn titled The Queen Of Hearts. With the exception of the above activities, Agnetha tended to stay out of the limelight in the 1990s.

Then in 2004, she released her first new material in 17 years with the single If I Thought You'd Ever Change Your Mind (originally recorded by Cilla Black in 1969) as the lead single from her new album My Colouring Book released internationally a few weeks later. The concept of the album was for Agnetha to record favourite songs from her formative years, and she worked with Swedish musicians and producers Anders Neglin and Dan Strömkvist. Although Agnetha did not do much of promotion, the first single reached #11 in the UK (her highest charting single there), with similar success elsewhere. The second single was When You Walk In The Room (originally by Jackie DeShannon in 1963). The singles featured remixes by Almighty and/or Soundfactory.

At the end of 2004, a box set was released of Agnetha's complete solo works from before and during the ABBA years called De Bästa Åren and, in 2005, her first two English albums were remastered.

At the end of 2004, a box set was released of Agnetha's complete solo works from before and during the ABBA years called De Bästa Åren and, in 2005, her first two English language albums were remastered with bonus tracks included.

Agnetha did not record again until her 2013 album A, co-produced by Swedish songwriter Jörgen Elofsson (Kelly Clarkson, Westlife) and musician Peter Nordahl. Released in May, the album featured her first original material in 26 years, all co-written by Elofsson including one with Agnetha herself. She promoted the album with a documentary, interviews, and a two week stint in London that included a non-singing appearance at G-A-Y club. The album became Agnetha’s first top ten album in the UK (#6) and had similar performance in at least nine other countries. The first single, When You Really Loved Someone, was released digitally in March before the album, though Germany and Austria released The One Who Loves You Now instead. Further singles were Dance Your Pain Away and I Should’ve Followed You Home (a duet with Take That’s Gary Barlow). Surprisingly, Agnetha flew to London again in November to perform the latter in concert with Gary Barlow at the Children In Need Rocks concert. This was her first performance in front of a live audience in 25 years.

Agnetha has been pictured at various events and award ceremonies over the years and occasionally gives interviews for magazines and radio programmes. She lives outside Stockholm and has said she spends most of her time cherishing her grandchildren and her dogs.

Before and during the ABBA era 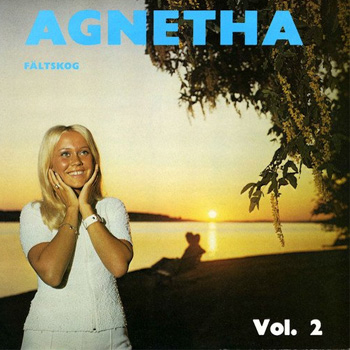 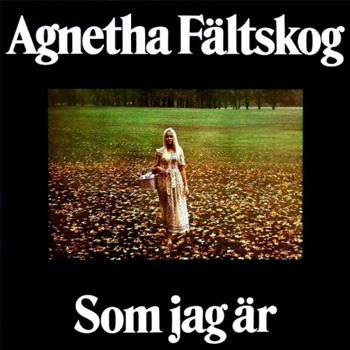 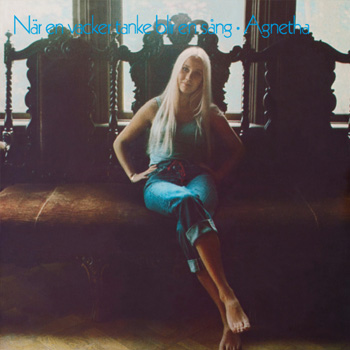 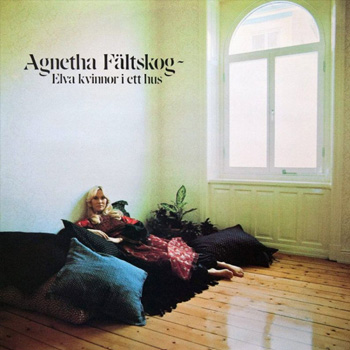 After the ABBA era 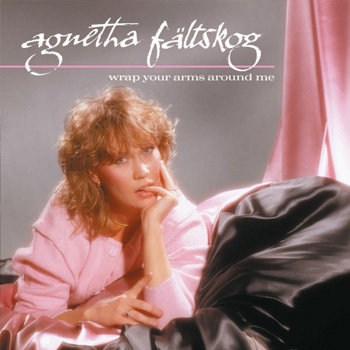 Wrap Your Arms Around Me 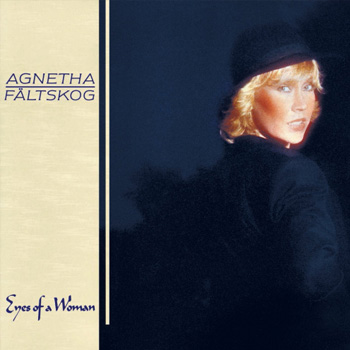 Eyes of a woman 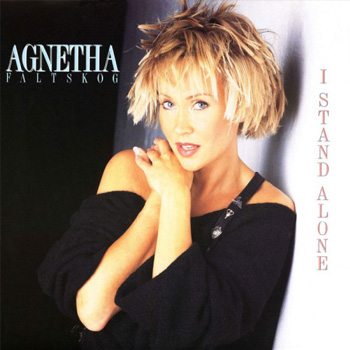 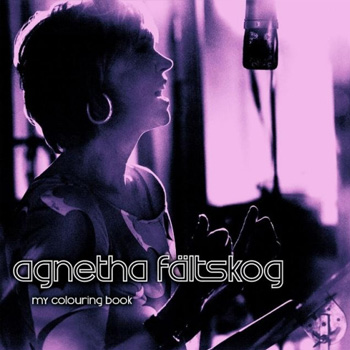 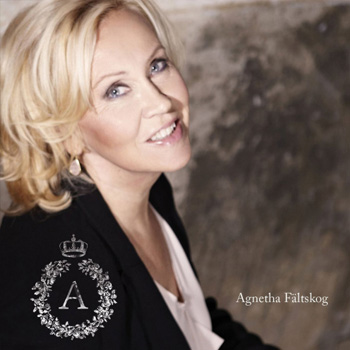 Co-work with her children 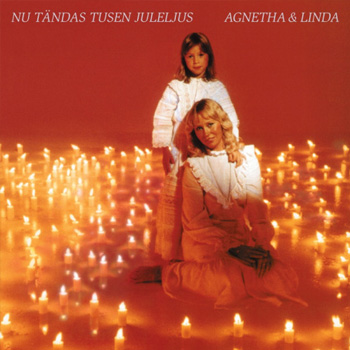 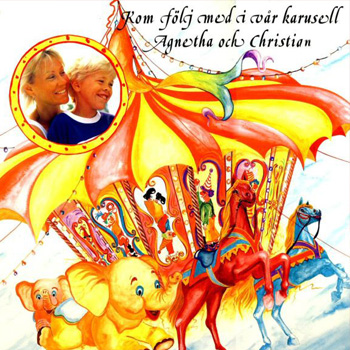